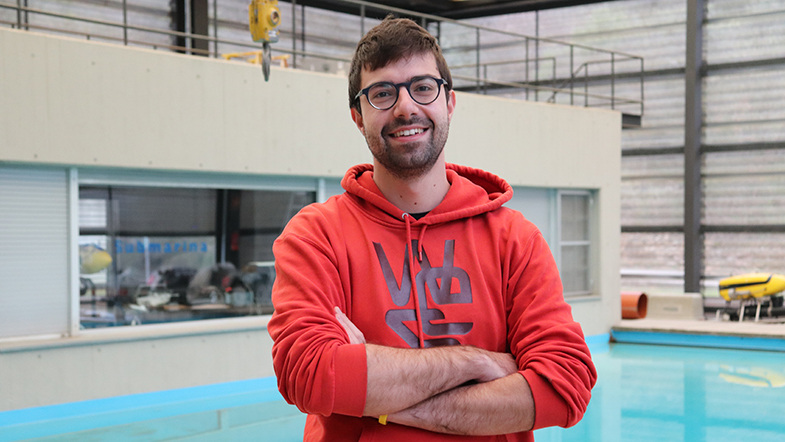 This year Pau Vial begins his doctoral thesis in the Underwater Robotics LAB, in the CIRS facilities. In 2018 he was graduated in Industrial Technology Engineering in the Universitat de Girona, obtaining the Extraordinary Award of his degree for being the student with the best academic record. In 2020 he finished the Master’s Degree in Industrial Engineering in the Universitat Politècnica de Catalunya. His master thesis was carried out at the Institut de Robòtica i Informàtica Industrial (IRI) of the UPC, where he participated in the development of localization techniques for the autonomous driving of vehicles.

Pau will develop his doctoral thesis titled “Active SLAM and Motion Planning for Autonomous Underwater Exploration” and directed by Dr Marc Carreras and Dr Narcís Palomeras. In this thesis, he proposes inspecting unknown environments using AUVs introducing an active localization system, based on sonar data, to reduce the robot drift during the exploration task. At the same time, he wants to inspect the contour of the discovered free space using optical cameras to be able to generate visual models of the discovered environment.

The objective of the FPU grant is to train doctors by financing employment contracts in the predoctoral modality, to write doctoral thesis related with his teacher training.