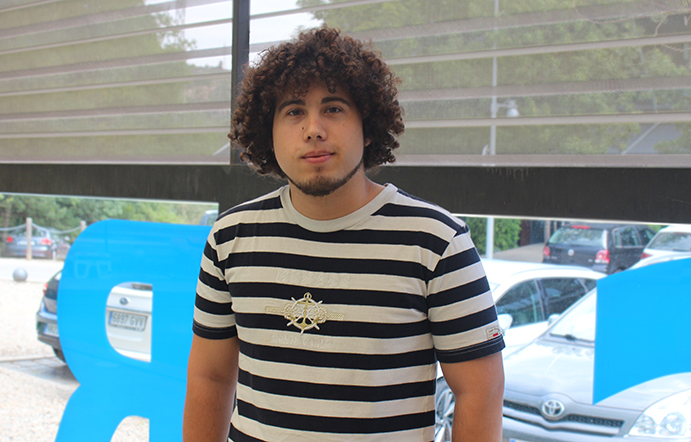 Albert Clèrigues was awarded an FPI grant to pursue his PhD

Albert Clèrigues is a 28 year old PhD student from Valencia currently in the third year of  his doctoral studies within the Neuro Image Computing lab at VICOROB. In 2016, he graduated in Engineering of Technology and Telecommunication Services in the Polytechnical University of Valencia. In 2016, he began the Erasmus Mundus Master in Computer Vision and Robotics (VIBOT) a joint degree from the University of Burgundy, University of Girona and Heriot-Watt University. His first contact with VICOROB was in an internship with CIRS in 2017 to participate in the european robotics competition ERL Emergency Robots, where his team ranked 1st in all marine challenges. He returned to VICOROB in 2018 to do his master thesis, where he did a review on  state-of-the-art deep learning methods for ischemic stroke lesion segmentation from 3D brain MRI images. As a result of his work, he participated in the 2018 edition of the Ischemic Stroke Lesion Segmentation Challenge (ISLES) at the International Conference on Medical Image Computing and Computer Assisted Intervention (MICCAI) where he ranked 5th. In 2018, he graduated from VIBOT with the best academic record of his promotion.

In 2019, Albert was awarded an FPI grant to pursue his PhD supervised by Dr. Xavier Lladó and Dr. Arnau Oliver. Within his research, Albert has further improved upon his ischemic stroke lesion segmentation methods in both CT and MRI images. He is currently among the best performing methods on the ISLES 2015 and ISLES 2018 datasets and has authored two articles in indexed journals as a result of his research. His current research focuses on novel applications of deep learning techniques to improve crossectional and longitudinal brain volumetry from MRI images. The aim of his research is to improve brain atrophy quantification, an important image marker that can help track the progression of neurodegenerative diseases such as Alzheimer’s disease (AD) and multiple sclerosis (MS).