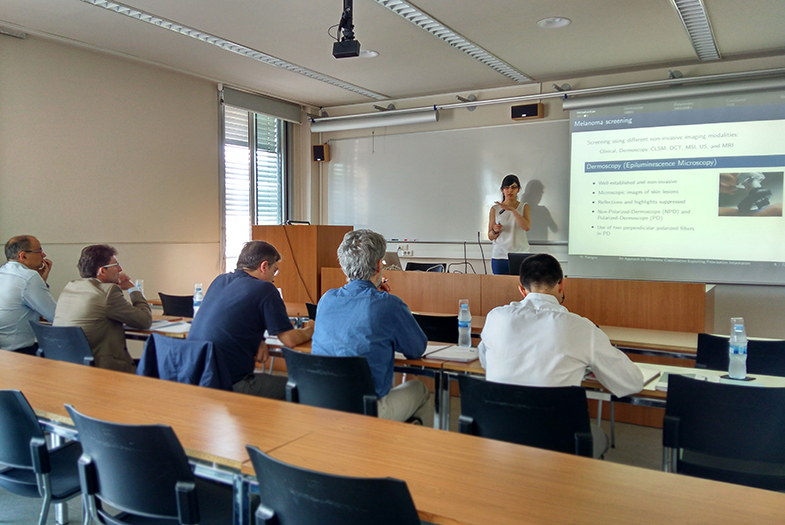 Malignant melanoma is the deadliest of skin cancers and causes the majority of deaths in comparison to other skin-related malignancies. Yet it is the most treatable type of cancer, thanks to its early diagnosis. Subsequently, early diagnosis is crucial for patient survival rate and numerous Computer-Aided Diagnosis (CAD) systems have been proposed by the research community to assist dermatologists in early diagnosis. These systems are based on the most common skin imaging modality, cross-polarized dermoscopy. Cross-polarized dermoscopes (PD) allow for the visualization of the subsurface anatomic structure of the epidermis and papillary dermis and eliminate the specular reflection of the surface. Although this modality has been used extensively, the full potential of polarized measurements has not been realized in the field of skin imaging.

This research first extensively analyzes different aspects of the automated classification of pigmented skin lesions (PSLs) and proposes a CAD system for automatic recognition of melanoma lesions based on the PD images. The proposed CAD system is evaluated over extensive experiments on two dermoscopic datasets. Later for further investigation of polarized imaging, a novel partial Stokes polarimeter system is proposed. This system is able to acquire polarized images of in-vivo PSLs and capture the epidermis and superficial dermal layers, where skin lesions are often originated. The polarized and dermoscopy properties of the acquired images are then analyzed to propose a new CAD system based on image polarimetry. The initial tests with the first prototype of Stokes polarimeter revealed the potential and benefits of such systems for providing additional information beyond RGB images acquired with PD devices. In order to acquire a wider clinical dataset and identify the drawbacks of the first prototype, this device is currently being used in the Melanoma Unit at the Clinic Hospital of Barcelona.