16 July In News by ViCOROB

Experiments in our installations within the framework of the EUMR project

During the week from 14th to 18th of June 2021, seven researchers from COSMER lab, University of Toulon moved to the CIRS installations within the framework of the EUMarineRobots (EUMR) project. This was their second TNA, where they wanted to improve data acquisition from the first one as well as test several new experiments.

During the first day, the researchers installed a motion capture system composed of several cameras to have a precise ground truth for all the experiments. Motion capture markers were also installed on the different robots (Sparus II AUV, Girona500 AUV, BlueROV and Seasam) as well as on a diver, giving millimetric precision.

During the following days, multiple experiments were executed, ranging from smart cable management systems, diver gesture recognition, acoustic tracking, stereo vision, hydrodynamics estimation, chained robots control and cable shape estimation. It was a full week of interesting experiments and huge amounts of data collected that the researchers will process during the following weeks. 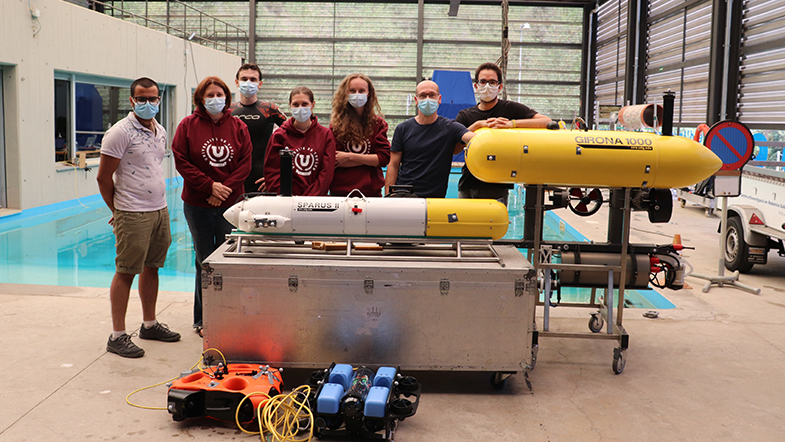