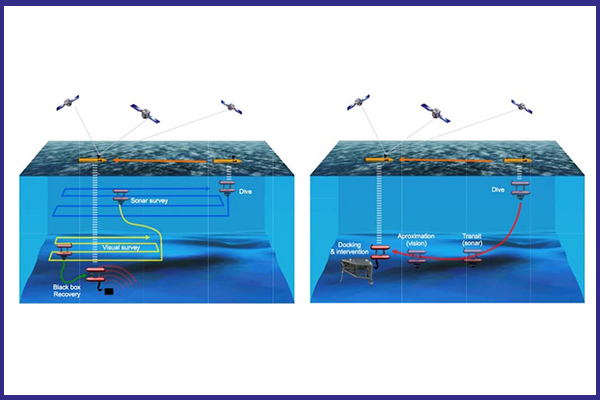 From Monday 12th to Friday 16th of May, the TRITON national project experiments where held in Girona. The goal of these experiments was to localize an underwater panel with an acoustic ranging sensor. Once the panel is localized, the AUV homes to it and, once closer, using a vision-based system docks in it and performs an autonomous intervention. This intervention is split in two parts, first the vehicle manipulates a valve (open/close) and then connects and disconnects a hot stab. The first day was dedicated to system integration between the Girona500, the arm brought by the UJI team and the cameras from UIB team. Second and third days, the experiments were validated in the CIRS water tank to later move to the Sant Feliu’s harbor in the last days to perform them in a proper environment. All tasks could be achieved on the harbor tests, although some problems with visibility raised.